---- Background:
Wireless power transmission (WPT) technologies would be user-friendly tools for electricity supply without cables or wires. There are two categories of WPT systems, non-radiative type and radiative one. Non-radiative WPT system uses frequencies around several kHz to several MHz within rather short distances, and radiative one typically uses microwaves that can propagate in air with controlled directions.
WPT systems consist of transmitters and receivers. Rectifying functions are essential as receivers and GaAs or GaN Schottky barrier diodes (SBDs) have been applied as rectifying devices for high-power rectennas in conventional systems. However, power conversion efficiency and handling power are still insufficient. For high-power and high-efficiency rectifying devices, a low resistance, a high-current capability, a low off-state capacitance, and a high breakdown voltage are required.

---- Outcomes:
Professor Hiroshi Amano and his collaborative research group have been conducting a national research and development program with GaN devices and circuits for WPT systems since FY2018, in response to a commission under the Cross-ministerial Strategic Innovation Promotion Program (SIP). According to the program targets, they have designed a device fabrication process for a normally-off type GaN HEMT in a clean room facility that is named the C-TEFs at Nagoya University. Moreover, they have demonstrated a new diode type device concept called GAD based on a transistor structure, as a rectifying device which would show good performance as a rectifier in microwaves. A schematic image is shown in figure 3, where an anode is formed by connecting a gate electrode and an ohmic electrode of a GaN HEMT. 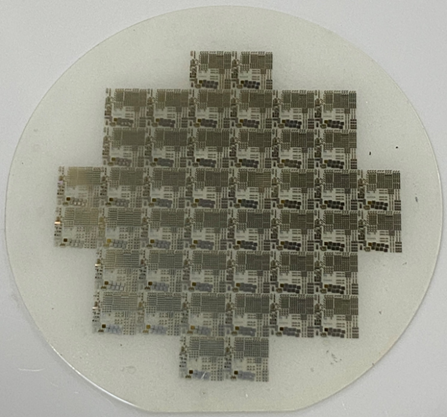 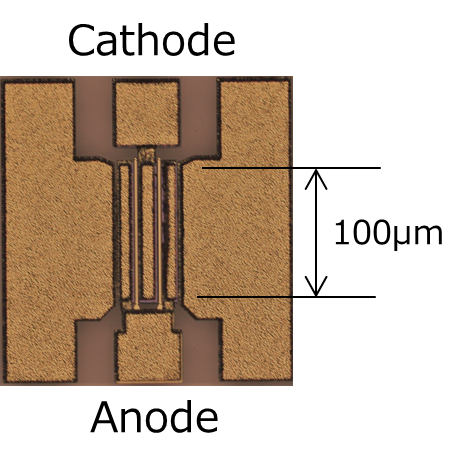 Figure 2: Top view of a GAD 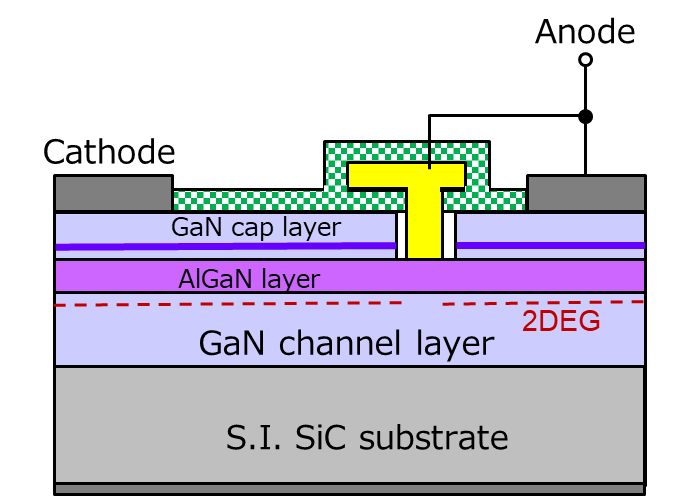 As a result, they have experimentally confirmed half-wave rectification operation of 0.7 watts (equivalent to 3.5 watts in 1 mm gate electrode width) as a GAD device. They also carried out SPICE simulation of a 5.8 GHz, 10 W-class rectifier circuit*3) using these GaN-based GADs. Simulated conversion efficiency was higher than that ever achieved in semiconductor diode rectifiers with an input power level of over several watts.
The group would like to optimize the device structure and increase the gate electrode width in GADs as next steps to realize rectifying capability of 10 watts or more with a single chip. They also plan to demonstrate operations as a highly efficient microwave WPT systems, combining the GADs and the rectenna technology by Kanazawa Institute of Technology (KIT). 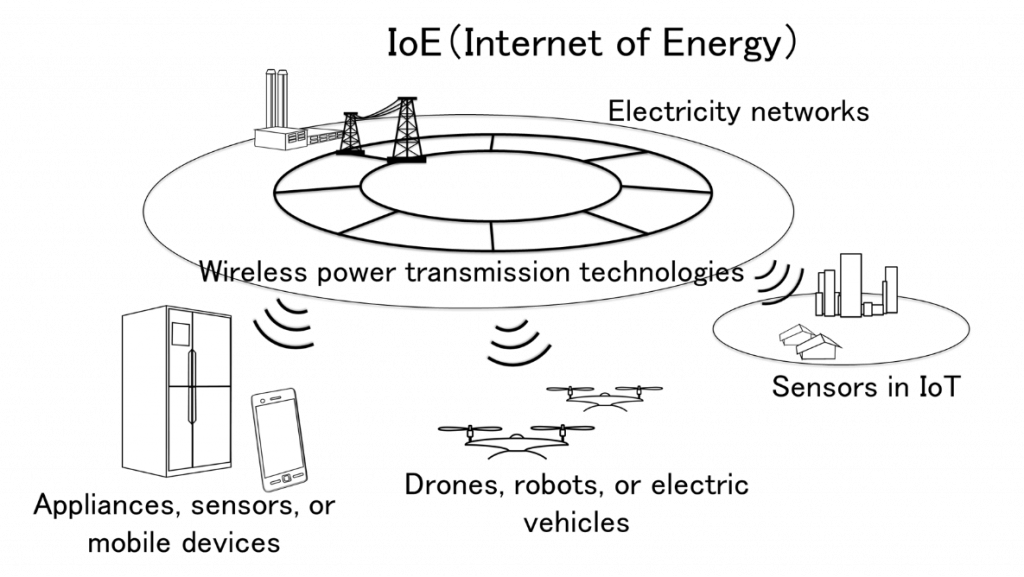 ---- Impacts in future:
As WPT technologies becomes more common, various devices and sensors distributed indoors can be charged at any time without power cables. We could throw away many cables and wires, also could be released from charging routines or battery replacement tasks. Moreover, robots, electric vehicles, and drones in flight can be powered by WPT system. In that case, the batteries on board could be smaller and lighter. That enables continuous operation with low power consumption. It is also expected to install sensors in various situations and keep them operating for 24 hours a day by WPT technology to acquire and analyze variety of data regularly. It makes communities more resilient to monitor any signs of disasters, such as heavy rain, river flooding and earthquakes.
This technology is one of the useful technologies to realize the concept of the Internet of Energy (IoE), a future social infrastructure that can supply energy when and where we needed.

*1) Prof. Amano is director of the Center for Integrated Research of Future Electronics (CIRFE) in the Institute of Materials and Systems for Sustainability (IMaSS) at Nagoya university.

*3) The circuit simulation has been done with a new rectenna concept developed by Professor Kenji Ito at Kanazawa Institute of Technology (KIT).

For more information on the CSTI, SIP in Japan, please refer to the following website.
https://www.jst.go.jp/sip/en/about_sip.html

For more information on the research and development program “Energy systems of an Internet of Energy (IoE) society”, please refer to the following website.
https://www.jst.go.jp/sip/en/p08/index.html