2D Electronics Could Be One Drop Away

A research team at IMaSS has developed a surprisingly simple method for fabricating highly organized mono- and multilayers of 2D nanosheets. All you need is a pipette and a hotplate.

Two-dimensional nanosheets have been generating a lot of excitement worldwide recently. Their broad range of unique electronic, magnetic, optical and thermal properties that could find their way into next-generation devices. However, further development of 2D materials depends on finding deposition processes that enable precise layer-by-layer control of thin-films while reducing time, cost and energy/sample consumption.

Prof. Minoru Osada and his collaborators found that a simple one-drop approach improves “drop casting” fabrication of tiled nanosheets. Drop casting is one of the most versatile and cost-effective methods of depositing nanomaterials on solid surfaces. But it has serious drawbacks, including the so-called coffee-ring effect, a pattern left by particles after the liquid evaporates.

They found, to their surprise, that controlled convection by a pipette and a hotplate causes uniform deposition rather than the ring-like pattern, suggesting a new possibility for drop casting. The process is surprisingly simple -- dropping a solution containing 2D nanosheets with a simple pipette onto a substrate heated on a hotplate, followed by removal of the solution, causes the nanosheets to come together in about 30 seconds to form a tile-like layer.
They also produced various functional coatings such as conducting, semiconducting, insulating, magnetic and photochromic coatings in multilayer, superlattice and submicrometer-thick forms, which showed the potential for a convenient way to produce high-quality 2D nanosheet films. If the process can be scaled up, it could advance development of next-generation electronics. 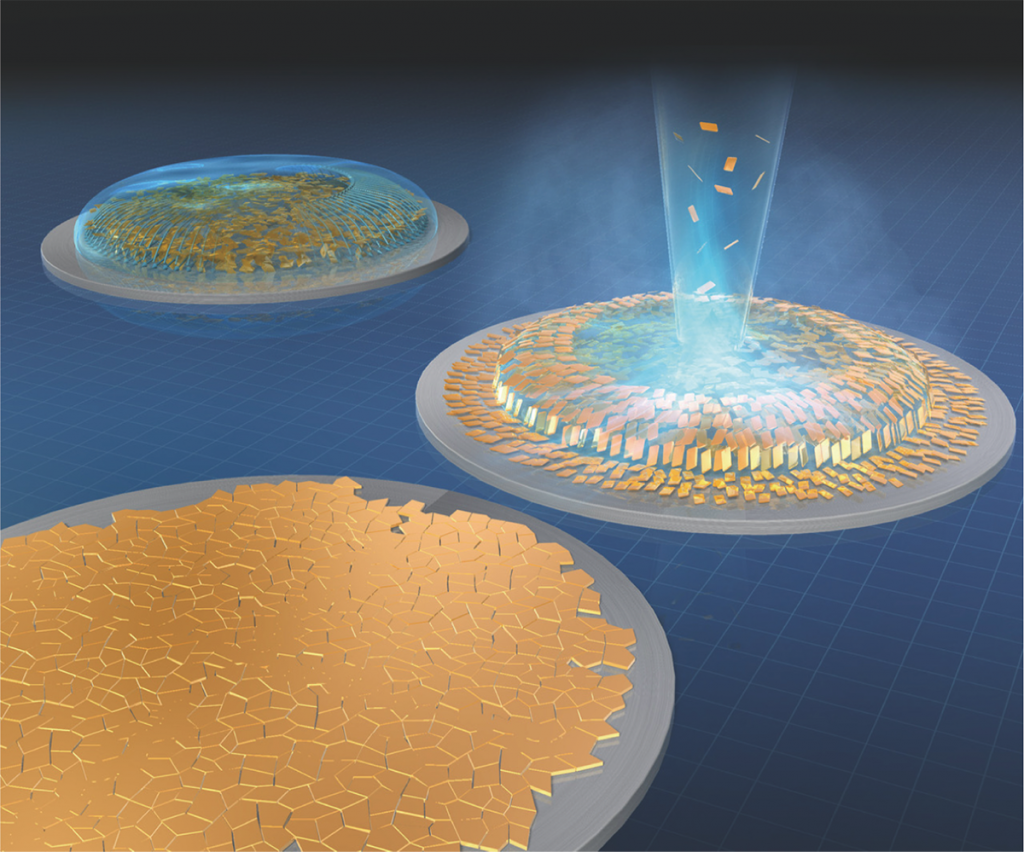